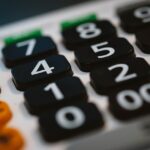 The Fair Labor Standards Act (FLSA) generally requires overtime pay of at least 1 ½ times the regular rate of pay for hours worked in excess of 40 hours per week for non-exempt employees.  The Department of Labor (DOL) published a Notice of Proposed Rulemaking (NPRM) to amend the rules regarding how overtime is calculated, specifically related to what forms of “regular pay” employers include and exclude in the 1 ½ times calculation.

Recently, several class-action lawsuits have alleged that employers violated the FLSA by failing to include the costs of certain perks, such as fitness club membership reimbursements, in the regular rate when calculating overtime.  This has resulted in employers becoming discouraged from offering perks to their employees. The proposed rule focuses primarily on clarifying whether certain kinds of perks, benefits, or other miscellaneous items must be included in the regular rate.  Because these rates have not been updated in decades the proposal would better define the regular rate for today’s workplace practices.

The Department proposes clarifications to the regulations to confirm that employers may exclude the following from an employee’s regular rate of pay:

The proposed rule also includes additional clarification about other forms of compensation, including payment for meal periods, “call back” pay, and others.

Examples of non-discretionary bonuses include bonuses:

An example of a discretionary bonus is a referral bonus paid for the recruitment of new employees. This bonus would not be included in the regular rate of pay if all the following conditions are met: (1) participation is strictly voluntary; (2) recruitment efforts do not involve significant time; and (3) the activity is limited to after-hours solicitation done only among friends, relatives, neighbors and acquaintances as part of the employees social affairs.

Submit Comments to the DOL

Interested parties may submit comments on the proposal here by May 28, 2019. Only comments received during the comment period will be considered part of the rulemaking record.  The DOL will consider all timely comments in developing any final rule.

Let’s start the conversation and discuss your business needs.

What Our Clients Say

"As New York State’s largest professional regional theatre, being a not-for-profit agency is particularly challenging. The resources ESC provides has been instrumental in helping us succeed. We are able to offer our employees professional HR services that we would never be able to provide on our own. ESC works with us on HR compliance, provides expert training on a multitude of subjects, and mentors our employees, which has increased staff morale. Their team of experts allows our staff to be the best that they can be."

Read more from our clients