US DOL Working to Update Salary Level for Exempt Employees 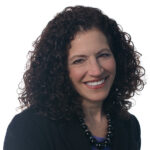 Just when you thought it was behind us…

In 2016 the US DOL issued final regulations raising the Federal minimum weekly salary level for exempt employees to $913 from $455 effective December 1, 2016.  This had employers all around the country scrambling to figure out ways to compensate formerly salaried exempt level employees, so their compensation would not have economic injury. At the eleventh hour, the US District Court for the Eastern District of Texas issued a nationwide injunction prohibiting the US DOL from implementing this for a wide variety of reasons.

The US DOL recently stated it no longer wishes to support the raise to the $913 salary level.  Rather it intends to support that it has the authority to establish a salary level test for white collar exemptions.  It has informed the Fifth Circuit that it will undertake further rulemaking to determine what an appropriate salary level should be if it is decided the US DOL has the authority to establish a minimum salary level. On July 26, 2017 the US DOL published a Request for Information (RFI) regarding the Fair Labor Standards Act (FLSA) exemptions for executive, administrative, professional, outside sales and computer employees.

To move forward numerous questions need to be asked.  Here are some questions the US DOL have in their RFI:

If you are a small business owner what does this mean for you?  It means there is time for your voice to be heard!  Let the US DOL know how these potential changes will impact the bottom line of your business and what it will do to your profits. Public comments will be accepted until September 25, 2017 at the website below.

Let’s start the conversation and discuss your business needs.

What Our Clients Say

"I stepped into an executive capacity for an organization that was outsourcing their HR and employment administration to ESC.  Before that, I was not familiar with the PEO model.   Now that I’ve been working with them, the efficiency of the integrated HR, payroll & benefits model is invaluable to my organization.   I wouldn’t run an organization or business without them! "

Read more from our clients